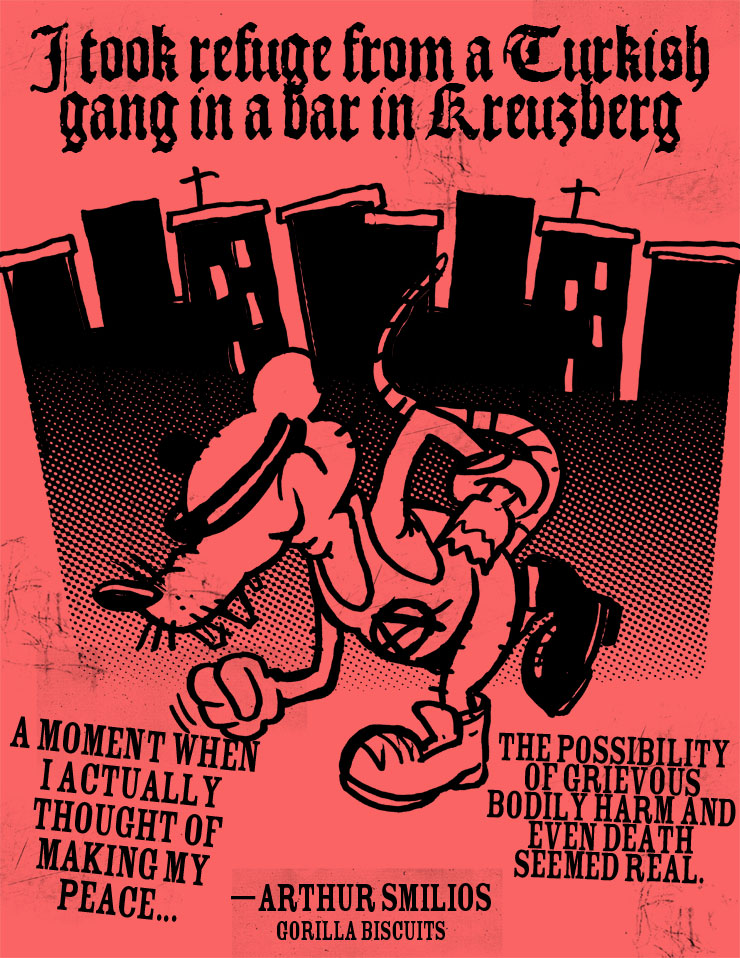 Arthur Smilios reflects on the crazy times out on tour.

“I remember confronting Neo Nazi pieces of garbage in western Pennsylvania, as they were cursing “the Jew” that was with us. There was the U.S border search with Underdog, upon returning from Tijuana, when I convinced the Border Patrol not to tear my one and only guitar case to shreds because I was straight edge and not smuggling drugs. There was the time outside of Green Bay, when an entire scene wanted to beat us to a pulp and we basically packed our van in three minutes and floored the accelerator until we had cleared the State border. Another memorable experience was my first time in Berlin, when I took refuge from a Turkish gang in a bar in Kreuzberg. That was a moment when I actually thought of making my peace because the possibility of grievous bodily harm and even death seemed real. A similar threat of violence occurred the first time I was in Manchester, UK when the locals wanted to beat Sick of it All and us to a pulp because Sick Of It All had confronted them about making bootleg shirts. Wow, just looking back on it made me realize how pervasive violence or the threat thereof used to be. I do not miss that.”

—As told to Tony Rettman, read the full interview here