I WAS A TEENAGE FANZINE EDITOR.. 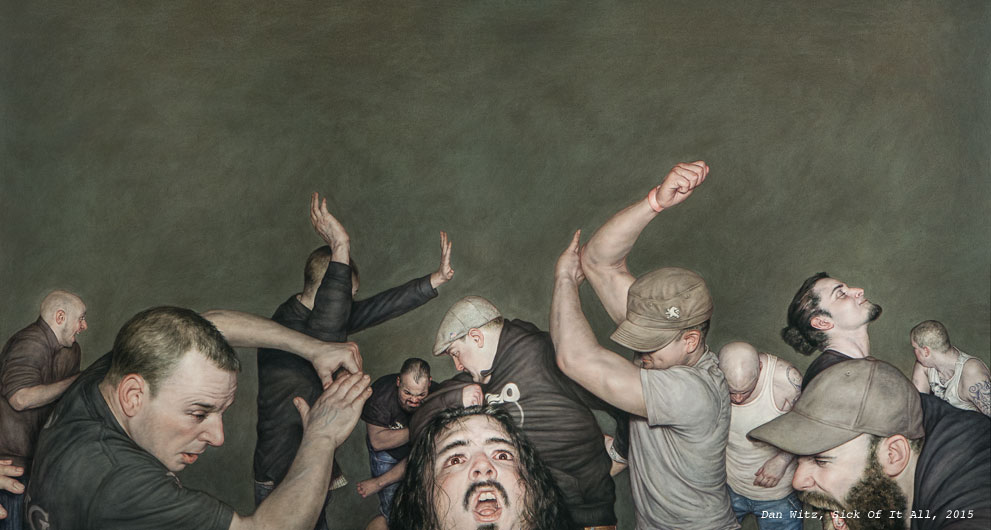 Walter Schreifels and Arthur Smilios are most well known for being founding members of the late 80’s NYHC band Gorilla Biscuits, but that is just the tip of the iceberg in regards to their musical histories.

While in Gorilla Biscuits, Walter was also in Youth of Today and Warzone. As the 90’s crept in, he formed Quicksand with members of other NYHC bands such as Beyond, Burn and Collapse and along with Into Another and Orange 9mm forged a ‘post-core’ scene within the early part of the decade.

In the 2000’s, Schreifels had the bands Rival Schools and Walking Concert. Working from the same pool of musicians he knew from the NYHC scene, these bands featured members of Youth of Today and Bold. Walter’s current bands include the psychedelic rock band Dead Heavens and Vanishing Life, a band also featuring members of Rise Against and ..And You Will Know Us By the Trail of Dead.

Arthur Smilios was a member of the NYHC bands Token Entry and Underdog as well as Gorilla Biscuits. He was a member of CIV in the 90’s, who brought Hardcore to a new audience via videos on MTV and opening for Kiss. In the present day, besides playing in the reformed version of Gorilla Biscuits, Smilios plays in World Be Free, a band featuring members of Judge, Youth of Today, Strife and Terror. Their debut lp “The Anti Circle” was released in the winter of this year on Revelation Records.